Really happy to bring this poor 2270 back from the dead and then gave it the works. Receiver arrived completely dead blowing the main fuse. Powering up on a variable transformer it was drawing close to 1A at 25vAC. As expected shorted outputs on both sides. This unit was a 14xxx serial number so had Motorola outputs and needs the bias transistor service bulletin performed since it was never done. One of the four outputs was replaced at one point with a TI transistor. The next forensic clue was the trim pots to adjust bias still had the factory seal so was never adjusted after the installation of the new output. Four new ON semiconductor outout transistors and a good checking over the rest of the amplifiers fixed the problem. This unit received a thorough restoration and then the lighting was replaced with a new LED kit including new vellum diffuser. Photos appear brighter than the actual intensity. It had two dial lamps which were green from burnt yellowed vellum and one meter lamp working now it got it’s blue back and looks brilliant. I’ll take some more inside shots when the amp alignment is checked before going home. Here she is in all her glory. 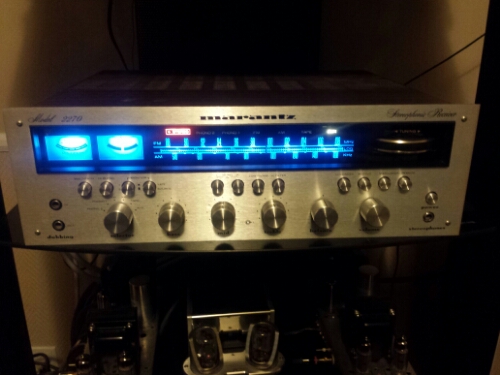 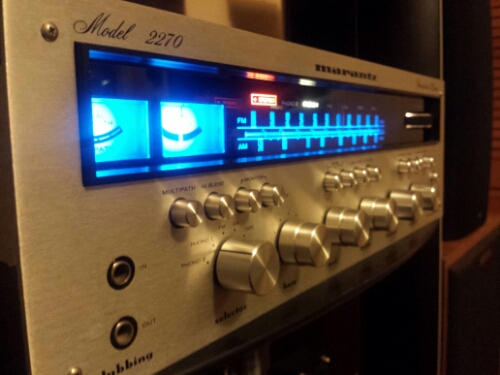