So haven’t posted a rebuild in awhile since I’ve been very busy so this is long overdue. I had this very nice old late 60’s era Pioneer SX-1500TD dropped off to bring her back to life. This was the top of the line model in its time and was rated at a whopping 58wpc into an 8ohm load. Big power at a time when many companies just started producing solid state. I would still consider this a “Golden Era” unit since it has that 60’s character in its cap coupled circuitry.

From the start left channel not present and right channel distorted. Volume control sounds like rice krispies. Flushed out the controls and signal passes through from aux to the speakers; well not the best sounding but sound nonetheless. Remove the bottom cover and checked the power supply against the schematics. As expected not good at all except for the B+ running to the amp which is unregulated 65vDC. Since this receiver was intended for 1968 home AC voltages of ~117vAC and my home wall current is ~124vAC the B+ was a little high around 71vDC. The regulated supplies for the phono, preamp, and tuners section were off as well. So first things first. 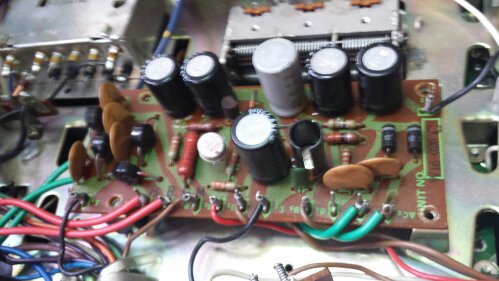 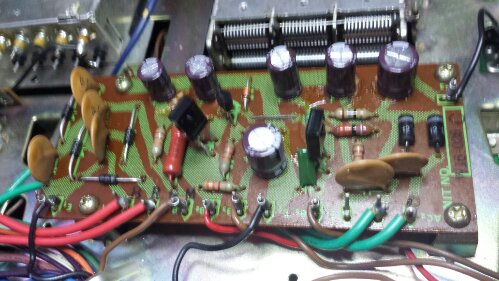 Decided on Nichicon PW series for the power supply rebuild due to their long life and high temp rating. Replaced the regulators with Fairchild semiconductors and the rectifier diodes to 1N4004 modern silicone diodes with a 400v rating. Powered up slow and every value is in spec. Listened to the receiver and things seem to be working well now. Well not going to stop there. 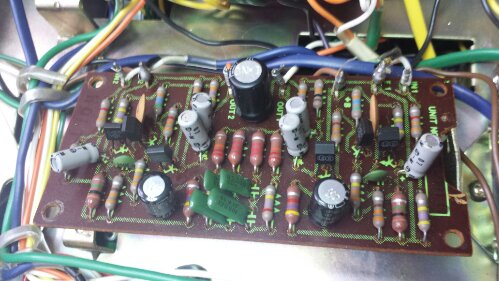 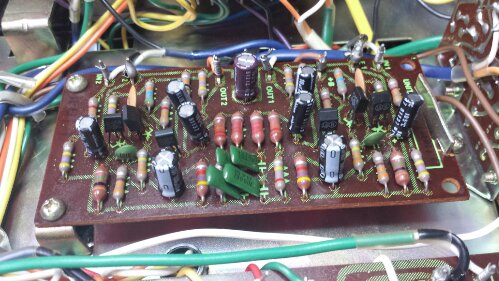 Replaced filtering caps with Nichicon PW and signal path caps with KL low leakage caps. This receiver has inputs for ceramic or moving magnet cartridges. The difference is resistorattenuation at the input jacks. 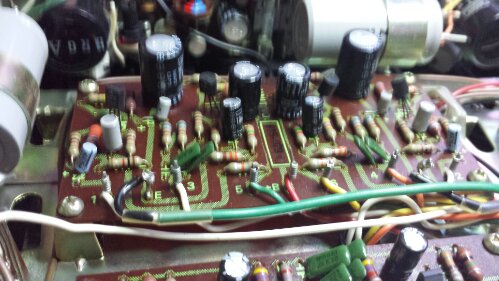 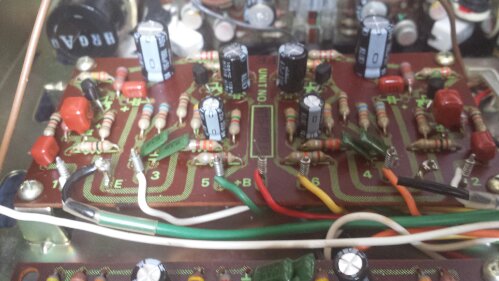 This had a very good restoration done. Electrolytics were replaced and low value caps in signal path were replaced with Panasonic stacked film caps. You can see these on the edges on the board. They are the coupling caps and in between the two transistors per channel which were also replaced with modern silicone Fairchild transistors. 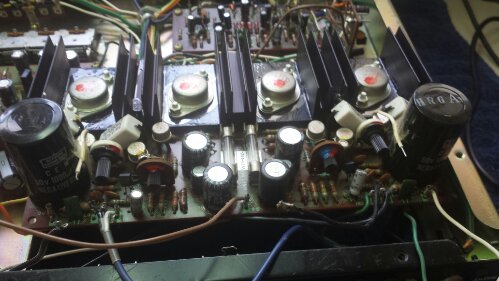 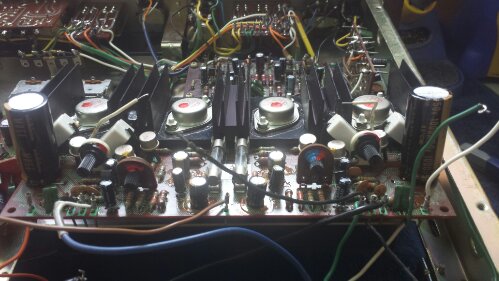 The amp board on this receiver is a challenge. Wires need to be unsoldered and the boards lifted up and over to service. Coupling caps which were 10uf were replaced with low noise Nichicon KL. The rest were replaced with Nichicon KW audio grade and the 1000uf filters with KZ premium and Gold Tunes Nichicons. The B+ single 3300uf chassis mounted cap was replaced with a higher voltage Nichicon Gold Tune.

The reconditioning really brought this receiver back to its former glory. The sound from the unit has gotten better and better as the new caps break in. There is a punchy sound when needed and a warmth that I feel gets lost in later models of solid state. Some cosmetics left to finish up and I’ll post some final shots before going home to be enjoyed.