Recently we had an original owner pair of Dynaco Mark III amplifiers brought to us for restoration and modification. The amps had been serviced recently elsewhere and the work done was trivial compared to what was actually needed. Both monoblocks had their original multisection can capacitors, tubes, coupling capacitors, and still utilizing the selenium rectifier for bias. The owner of the amps wanted them restored and modified with a new driver board which will accept different driver tubes. Here is the amp the way it was dropped off to us. 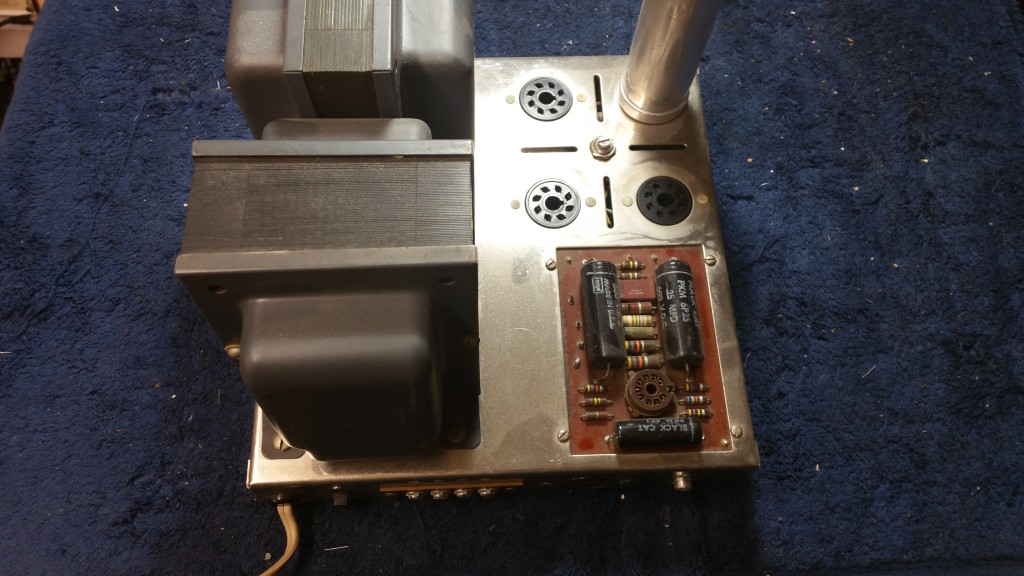 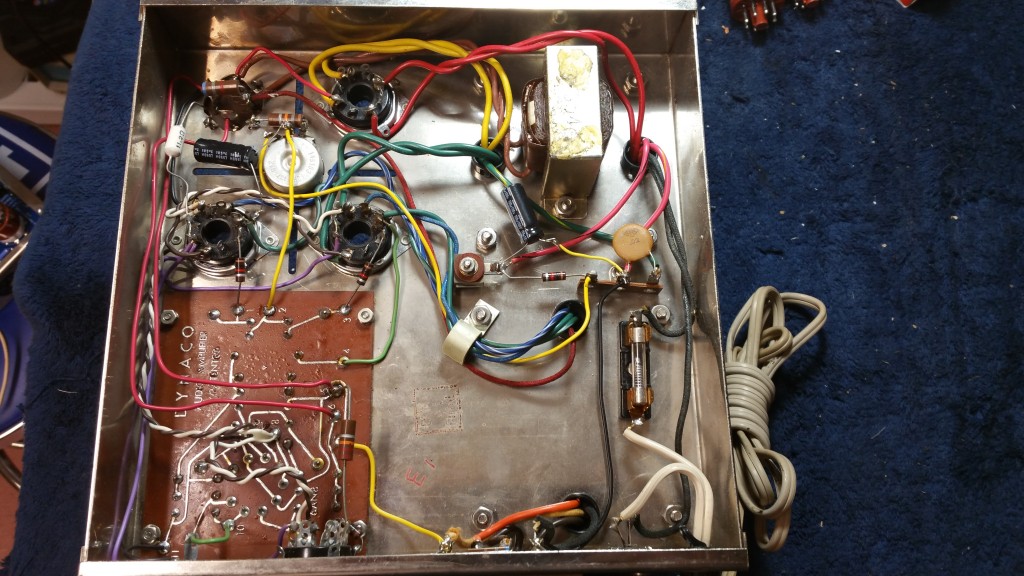 We tested both amps and found the multisection can capacitor which provides the clean B+ supply for the amp was leaking ripple terribly since it was way out of spec. This was causing a hum and caused the amp to clip at a few watts of output. With the owner we decided on the new 6SN7 driver board from the guys at tubes4hifi. This board will replace the driver tube with two 6SN7, and replace the selenium rectifier with a modern silicon diode. In addition, the bias circuit will now utilize two trimmers mounted on the top of the board to dial in balanced bias for each tube individually. This allows the use of unmatched power tubes. We however purchased matched pairs for this restoration. Here is the amp with the board and many parts removed, preparing for the new boards installation. 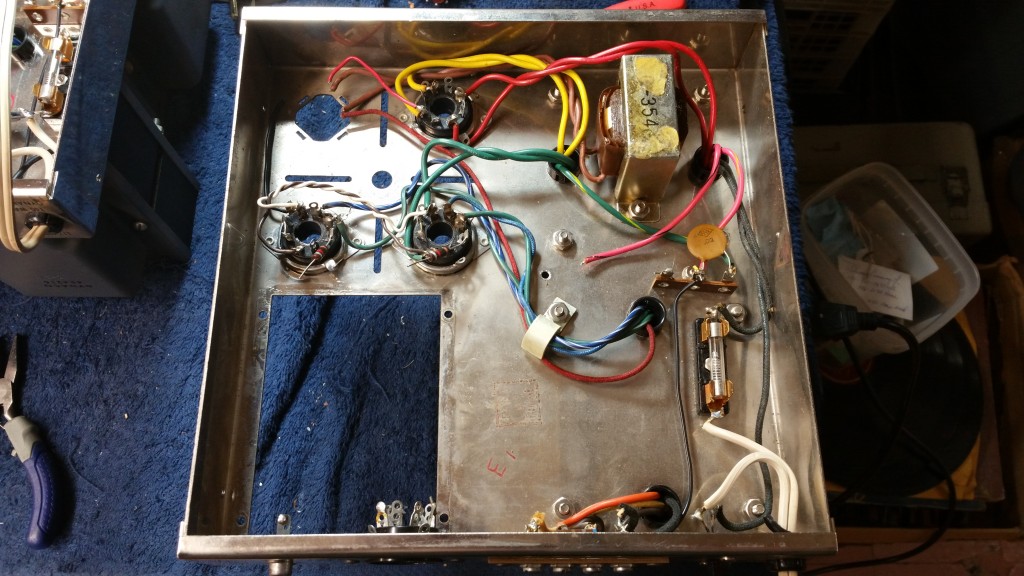 The new board was installed along with a new upgraded 80/30/30/20uf can capacitor. There is a good deal of wiring involved and it is pleasurable to do on a deep open chassis. Lastly, we installed CL-80 thermistors on the AC lines coming into the amp to provide a soft start when the power is turned on. This helps with the in rush surge that can drive B+ to high levels. Here is the amp with the new board installed and wired. 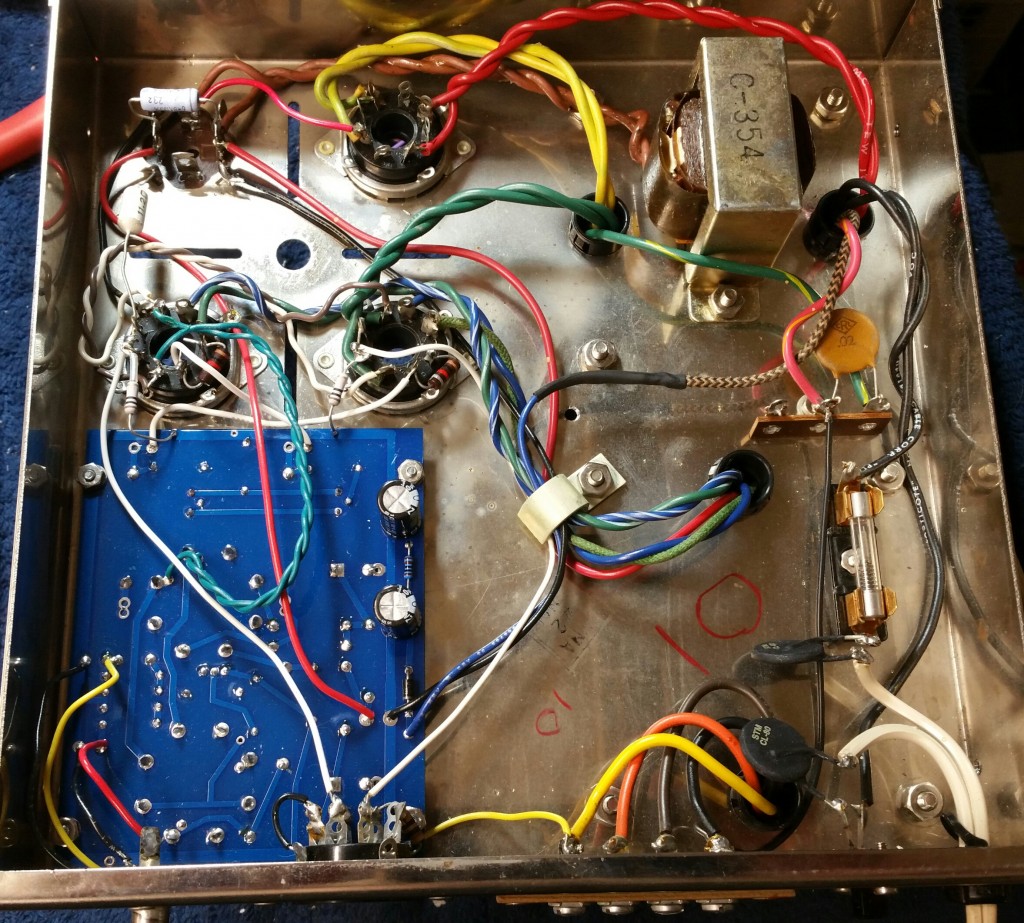 We used all new production tubes in the amp after the work was completed and switched to KT88 output tubes. According to the experts at tubes4hifi the board provides a big drop in distortion which was very noticeable. The amps sound very neutral when completed and sound much more detailed. We really love the use of 6SN7 driver tubes which are also very readily available in new production and NOS. Here is a final shot of one of the amps after the work was completed. 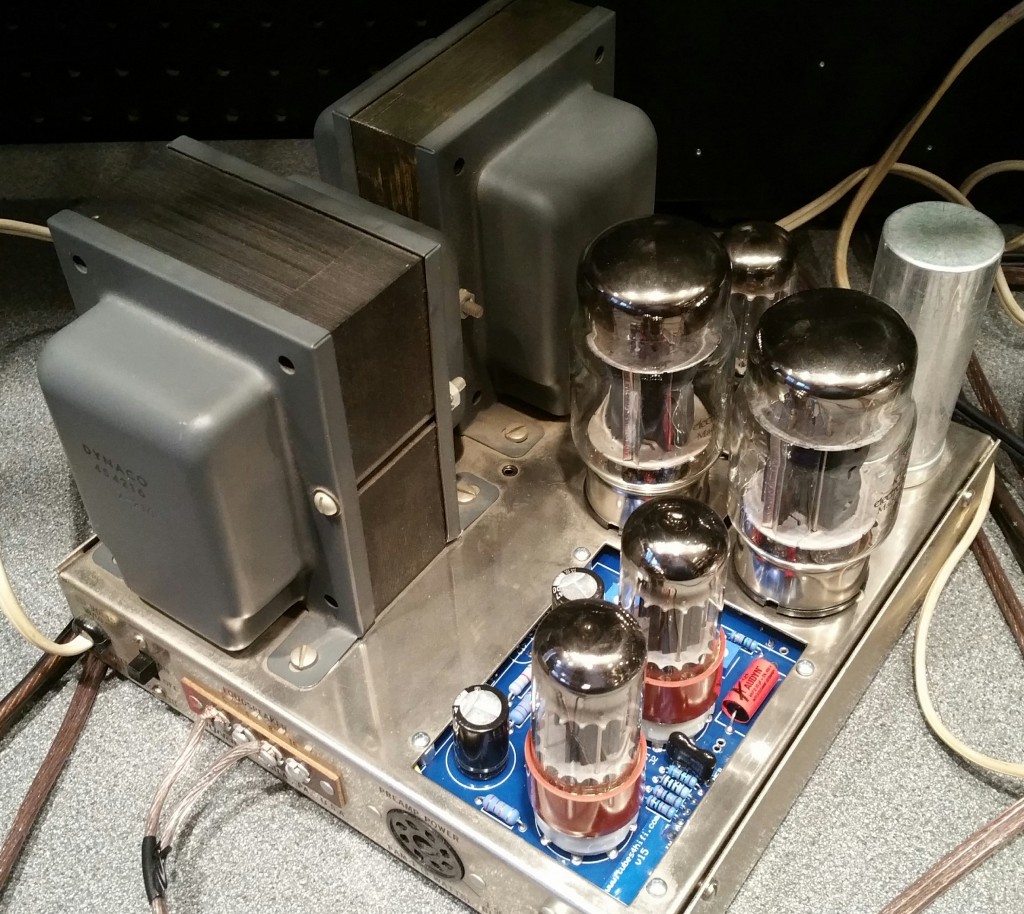 For more info about this project or to discuss having your amp worked on email mike@hudsonvalleyhifi.com